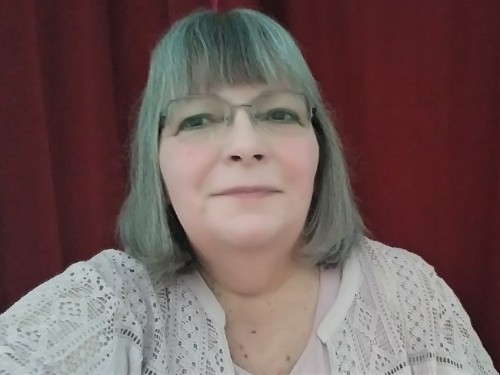 I accepted the Lord as my Savior while alone in my dorm room at Acadia University in 1978.  Paul and I married in 1980 and I gave up a teaching career to become a stay-at-home mother in 1985 when our son, Joel, was born. At that time, I began to work more seriously at my writing. I have written numerous published short stories, poems and articles. I have filled various positions within local churches and have taught Ladies’ Bible Study groups for more many years. In 1998, I began to write the occasional gospel song. In 2002, I felt the Lord’s call upon my life to begin spending more time writing gospel songs. In my songs, I seek to give glory to the Lord and to to present the gospel in a clear manner to draw those who have never made a decision for Christ, to Him and to encourage Christians to live holy lives of obedience to the Lord without compromise to the world in today’s society. Until 2019, after writing lyrics, I sometimes came up with a melody and then was assisted by Paul to set the work to music on the guitar. Sometimes Paul developed the melody with some tweaking by myself. It was a truly collaborative effort. Through God’s inspiration and generous provision, a Christmas cantata (“Follow the Star to Calvary”), for which I wrote the lyrics and script and Paul and I developed the music, was published in 2019. 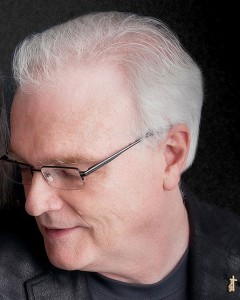 Paul Ferguson sang the gospel with groups of various sizes after he was saved in 1973.  He was lead singer for The Lamb’s Men of Truro, Nova Scotia.  Paul was also a soloist for more than four decades throughout the Maritime Provinces of Canada.  He was a graduate of both Atlantic Baptist College and Acadia University. He worked full-time in the health care sector until retirement in 2017. He occasionally did supply preaching. He served as pulpit supply at Debert Baptist Church, Debert, NS 2014-2016. He was called home to be with the Lord on September 29, 2019 just shy of his 62nd birthday. 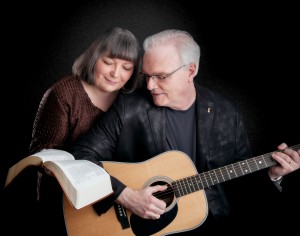 In 2002. after singing together occasionally, Paul and I chose the name, “Through His Grace,” for our music ministry. We felt the name was appropriate because only through His grace was talent, time and provision made for this ministry. By God’s grace, we released six CDs (five of which were nominated by the Music Industry Association of Nova Scotia for Inspirational Artist/Recording of the Year). Through His Grace was nominated by the Maritime Gospel Music Association for Duo for the year (2013, 2015 & 2016) and I received a MGMA nomination for Songwriter of the Year (2016). We served as associate ministers in music at Debert Baptist Church in Debert, NS (January, 2013 to September 2016) and as  part-time Directors of Music at Nuttby Baptist Church (November, 2016 until August of 2019).

Other appearances included Gospel Fest By The Sea, Atlantic Gospel Fest, Come Home to the River, Maritime Gospel Music Association’s Awards, and many churches, gospel coffee houses, nursing homes, seniors’ complexes, festivals and concerts throughout Nova Scotia and New Brunswick. Not charging a fee, Through His Grace left any  financial support of our ministry to the discretion of the host.

I have known Penny and Paul since the mid 1990’s and have been blessed and challenged by their passion for serving God and sharing the Gospel.  As the pastor of a small rural church, they have been a blessing as they help lead worship in the Sunday morning service.  Their involvement in Coffee houses and concerts has touched the hearts of many.  Their original music is refreshing and encouraging to all who listen.  God has blessed them with a wonderful gift.

Their unique gospel sound elevates the message of Jesus and warms the heart of seekers who search for meaningful life in Christ.

Through His Grace has ministered to our church by their music for the past several years. They are faithful in singing at our coffee houses and at several special services. Their music honors the Lord and is faithful to the Word of God. I would highly recommend them to minister at your church or concert.

In the time I have known Paul and Penny Ferguson, I have witnessed a real passion within them. They are passionate about the Lord they serve. That passion naturally pours over into their songs, both in lyrics and song delivery. These people believe wholeheartedly in the God they sing about and sing for. It is their passion that draws people in.

Former Pastor of the Truro Church of the Nazarene

I played “Let the Rafters Ring”…and was blessed to hear the music which expressed the depths of your souls.  Thanks for all the work you have put into it.  I know that God will continue to bless you and others through this important avenue of expression.

I believe God has richly blessed both Penny and Paul Ferguson in a very special way. I thank them for being in our midst and touching our hearts through the gift of music that God has bestowed upon them both. I believe they ought to be supported and encouraged to continue in this very important ministry as God‘s instruments of blessing and encouraging others in the way, the truth, and the life, in Jesus Christ.

I would highly recommend both Paul and Penny for music ministry. They are highly talented, and have written and sung their songs with a heart for the message of the Lord. They show great integrity, which is evident in the music they write and present. I’m sure you would be blessed with their ministry in the songs they sing, and the message they give.

Former Pastor of Truro Church of the Nazarene

I have known Penny and Paul Ferguson for a number of years and find them to be very honest, caring, compassionate Christians. Their music is very good with well‑written songs that have meaning. I have had them sing at the coffee house and the church. Everyone was blessed by it.

Founder of The Gospel Coffee House